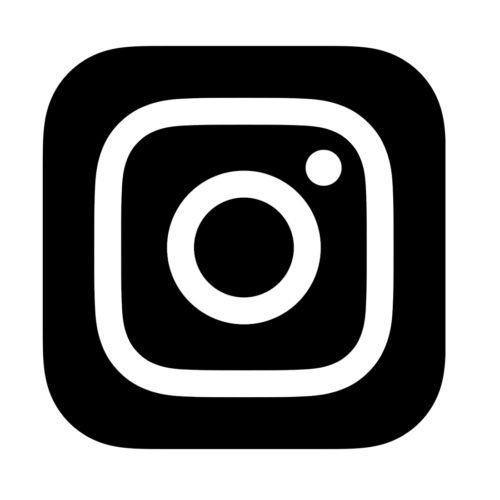 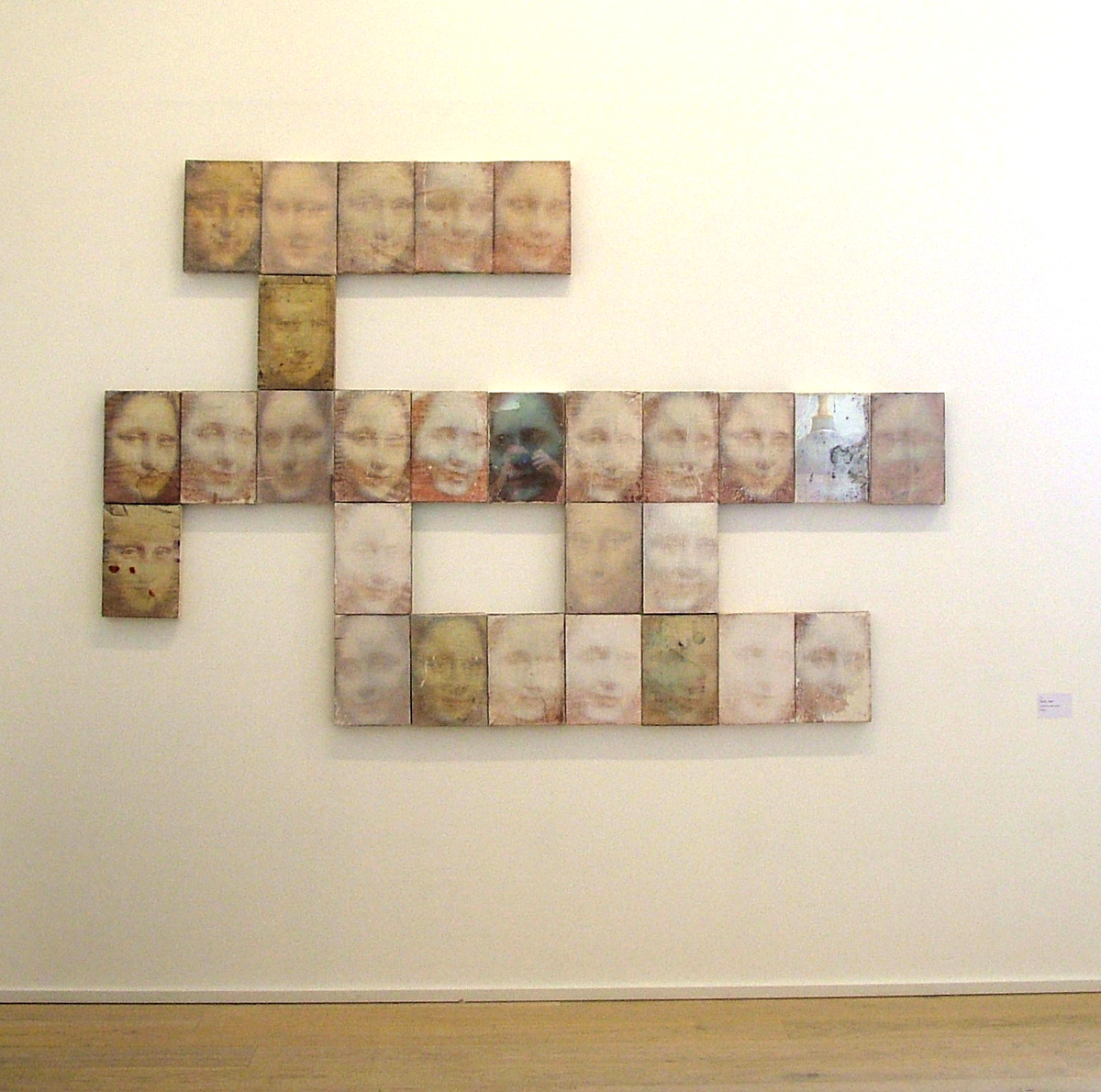 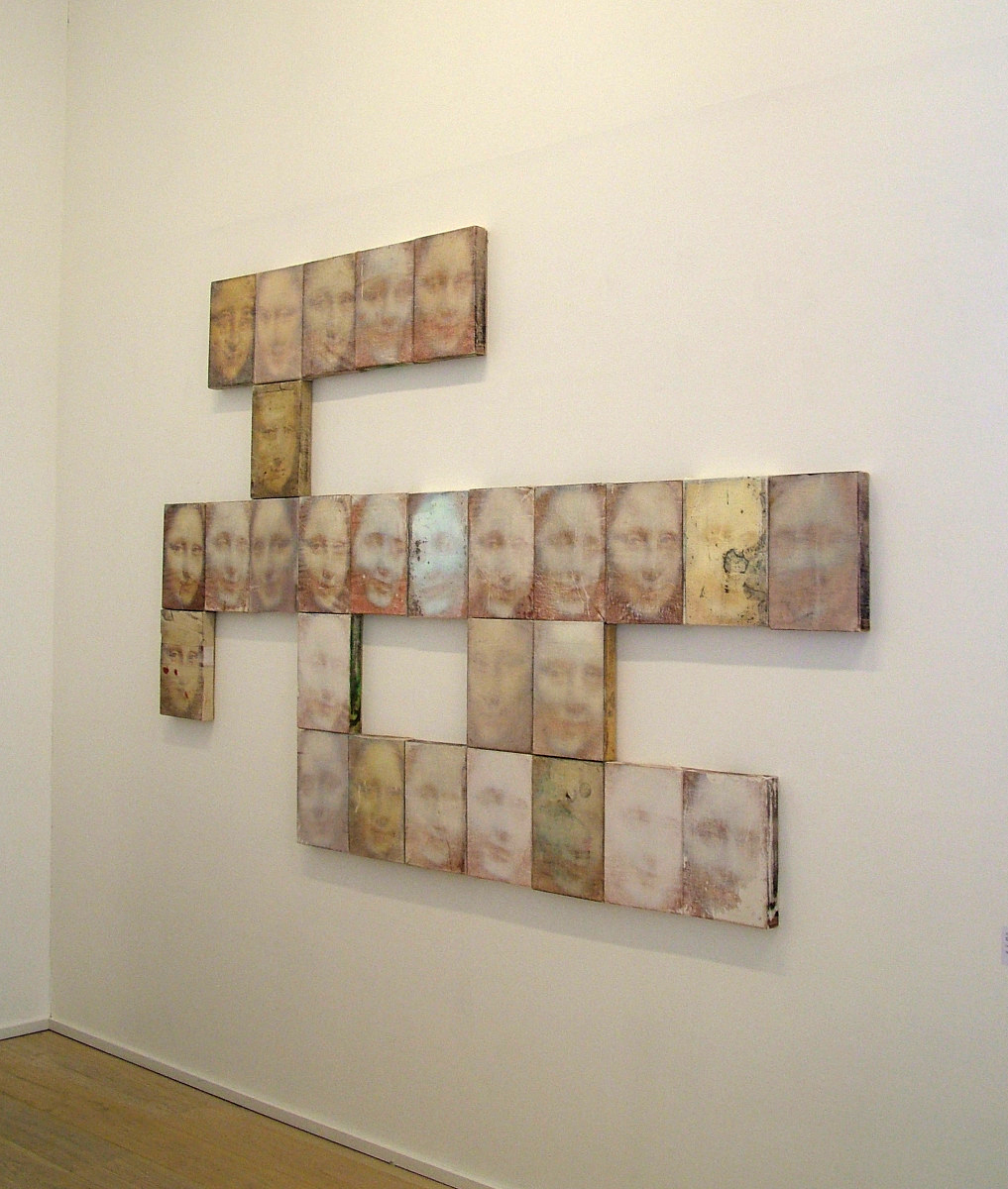 Basis for the series: 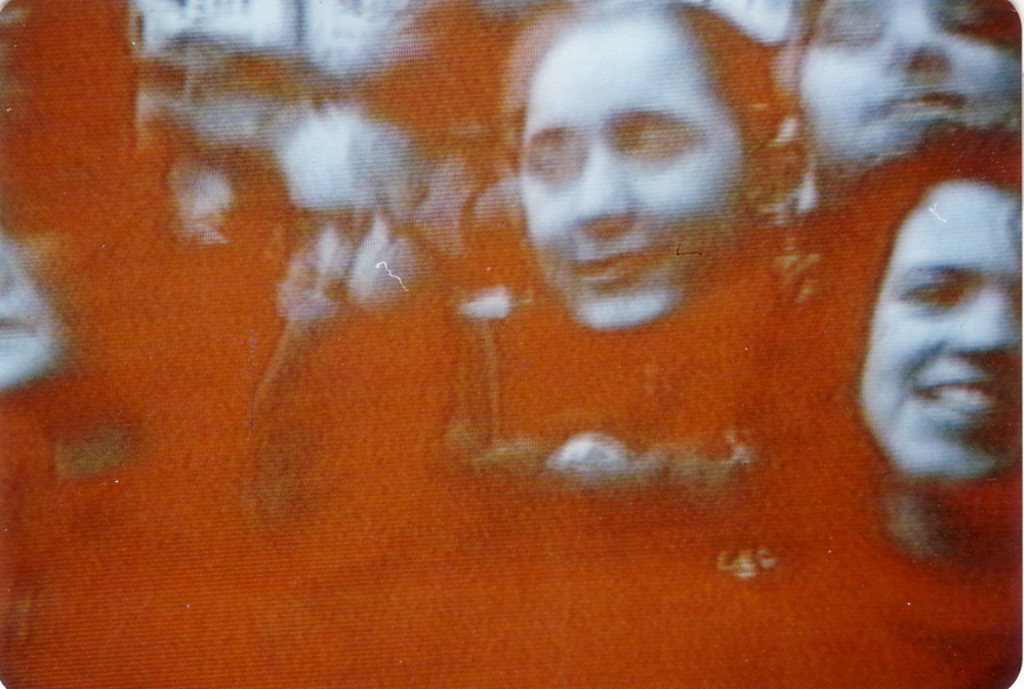 Photo of a monitor / TV screen inside a room of people queuing outside in London, 1990. The photo is as it was developed without manipulation or use of filter. The face in the center of the image - which bears a resemblance to Leonardo da Vinci's Mona Lisa - was gradually morphed into the Mona Lisa, where they at different stages merge into each other,, more and less, giving a transition and degrees of a slight change in the expression. The thin transparent materials silk tulle and cotton gas with print have been laid in several layers through which they also morph - merge into each other. By using mirror at some places under the transparent materials, the viewer sees his own reflection in the surface of the picture, in The Other. 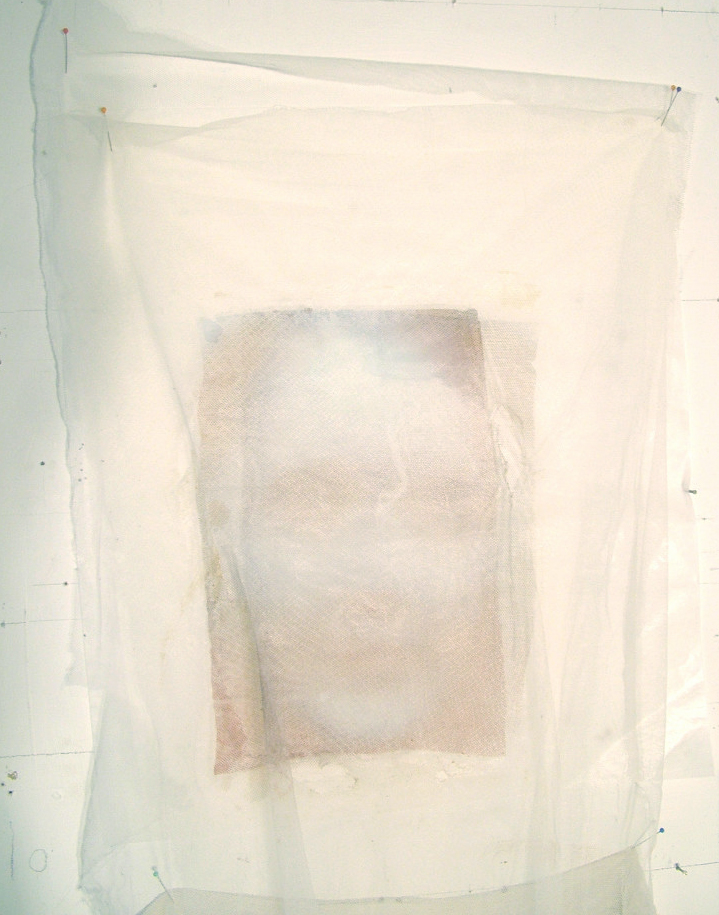 She invented a face for herself.
Behind it,
she lived, died, and was resurrected
many times.
Her face
now has the wrinkles from that face.
Her wrinkles have no face. 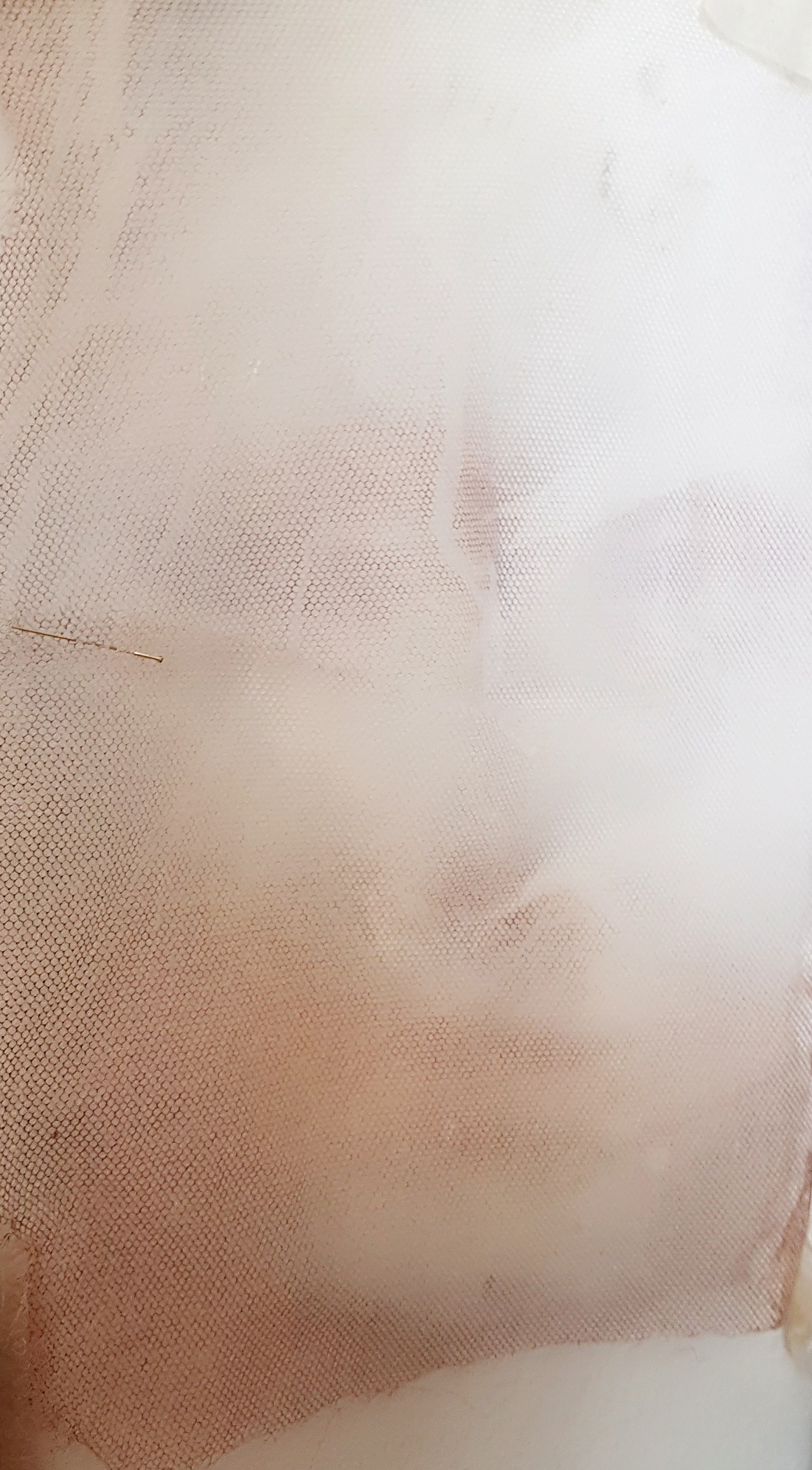 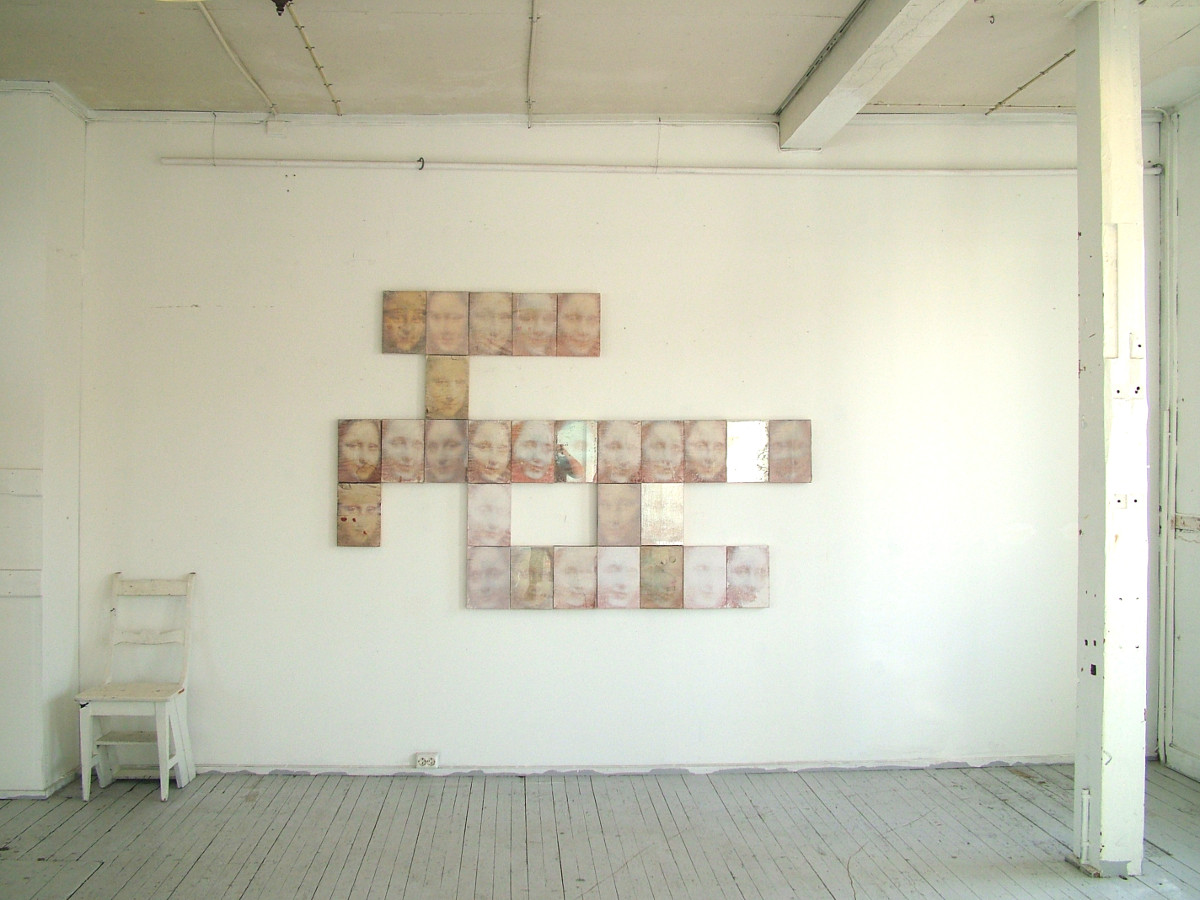 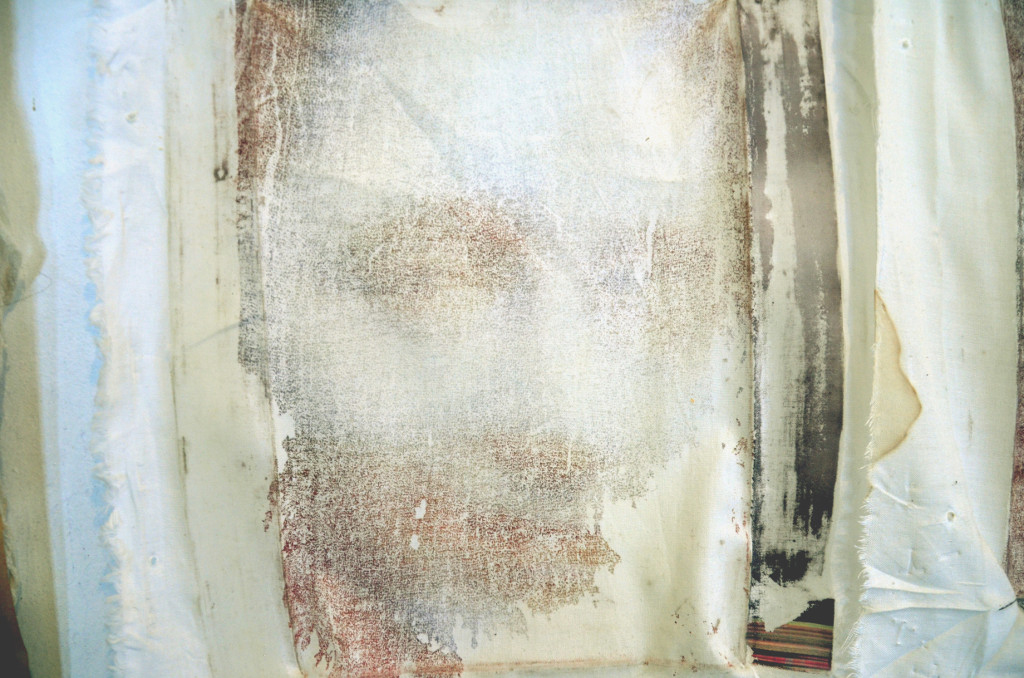 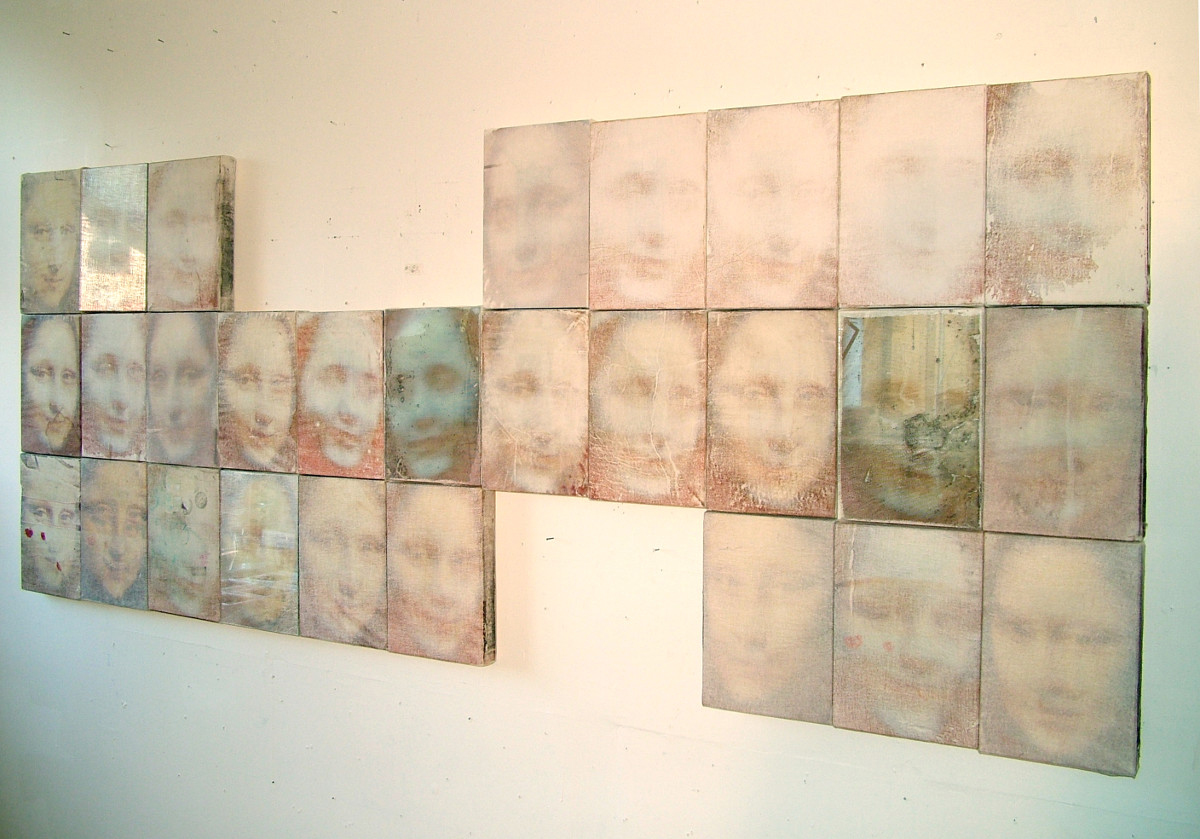 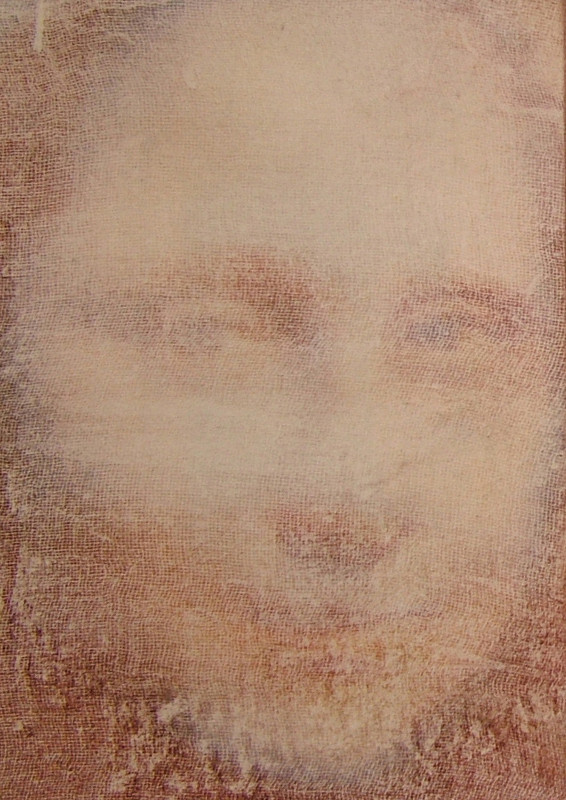 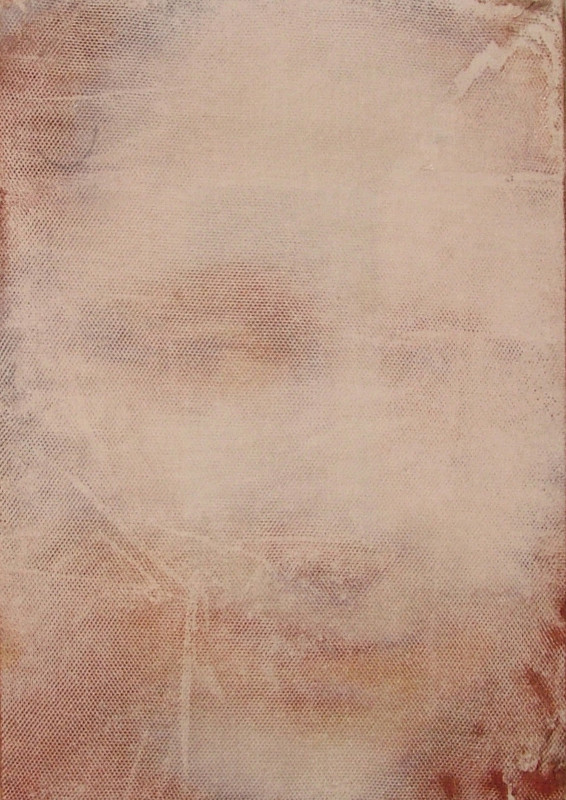 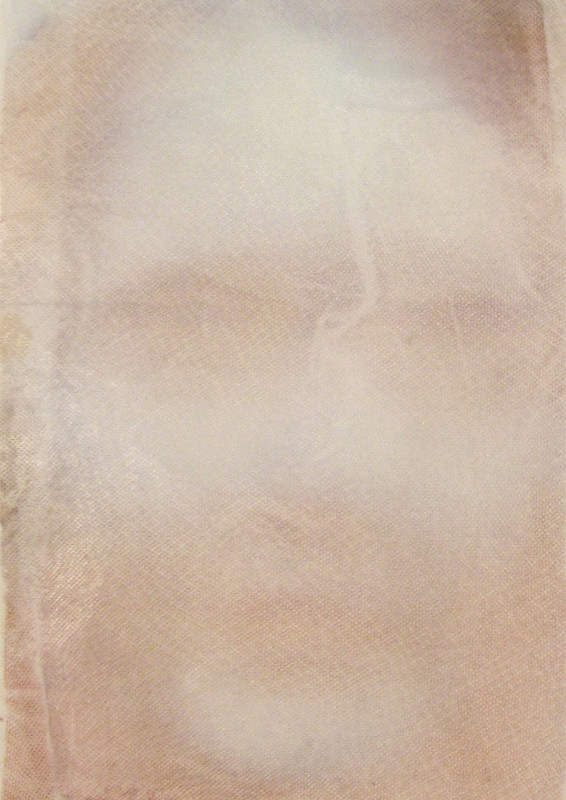 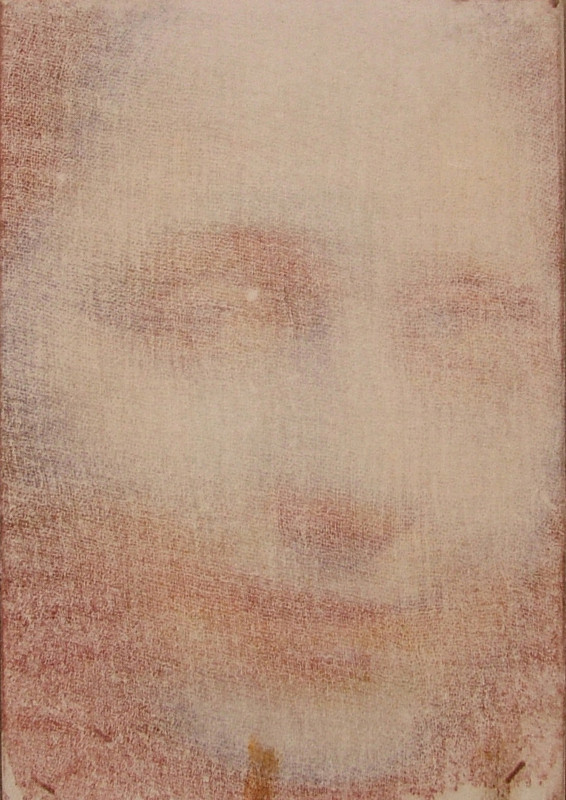 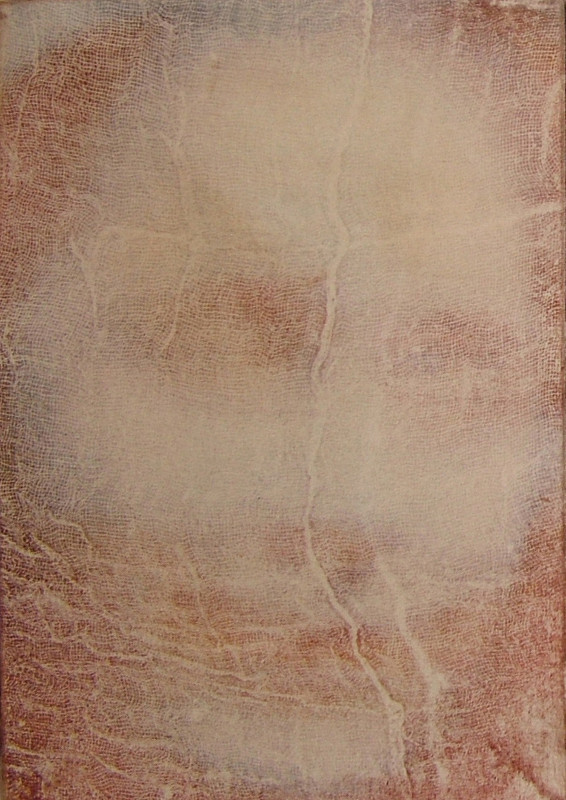 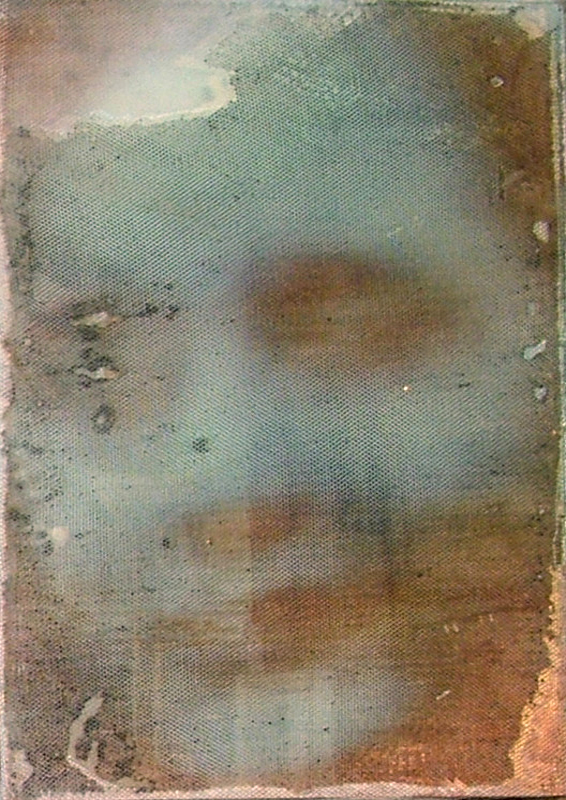 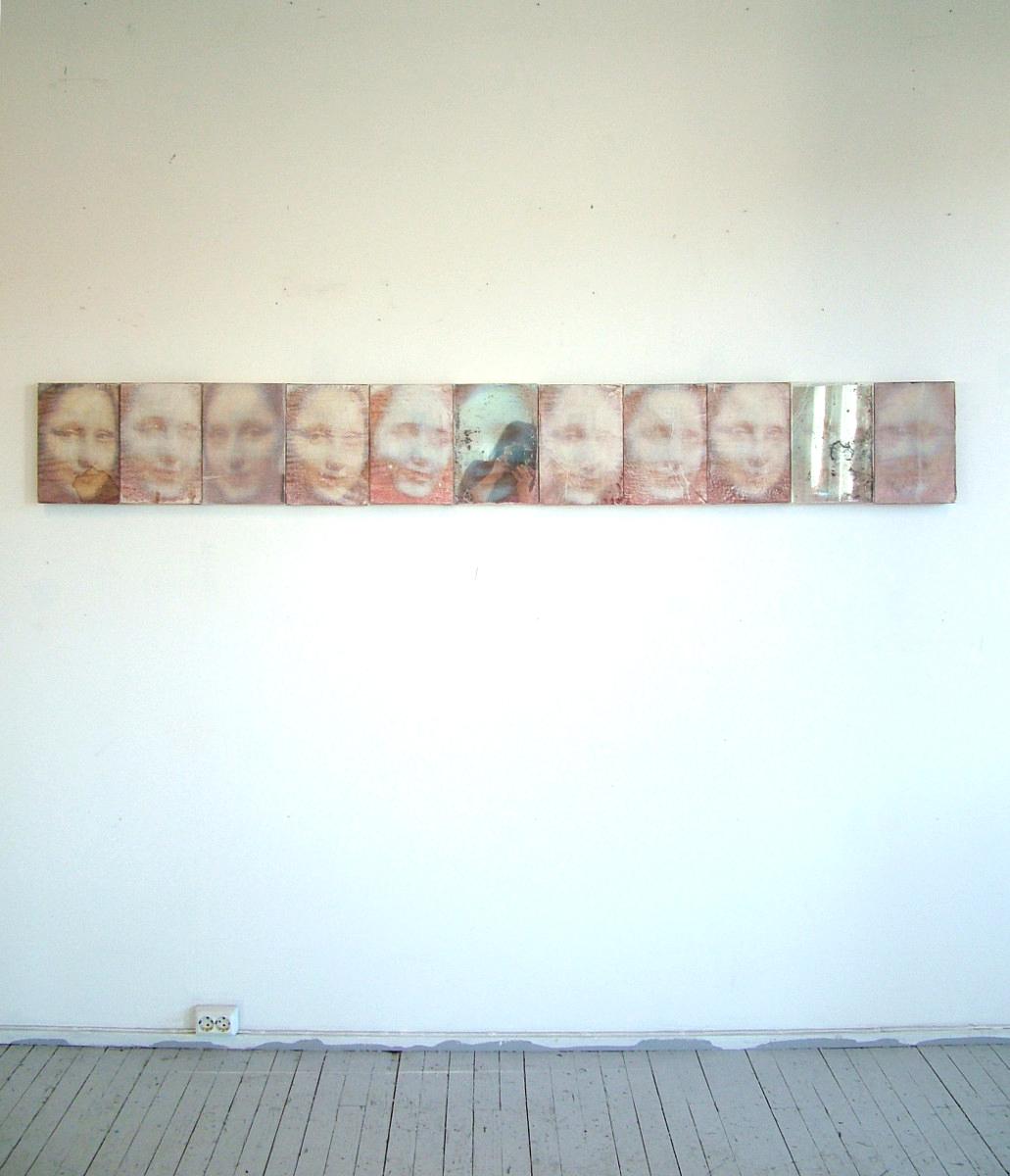 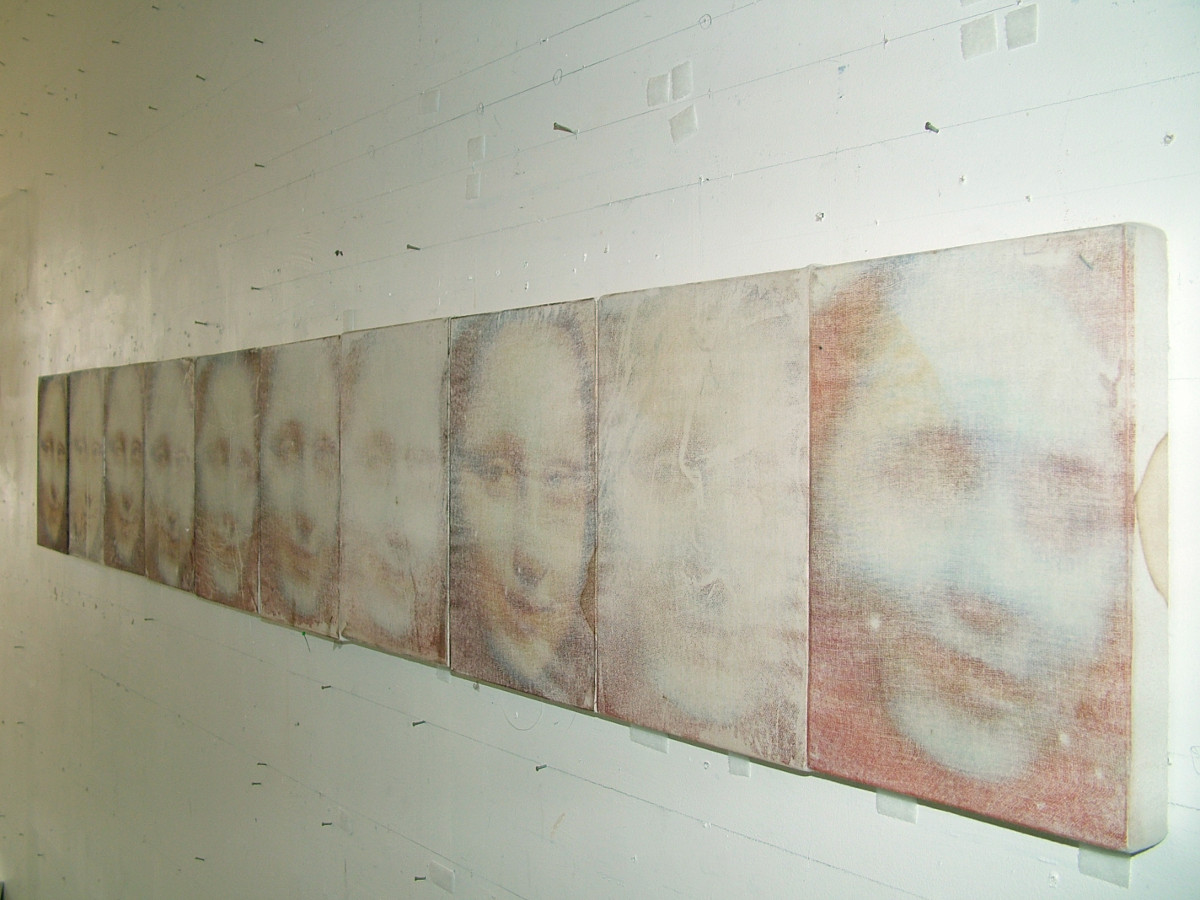 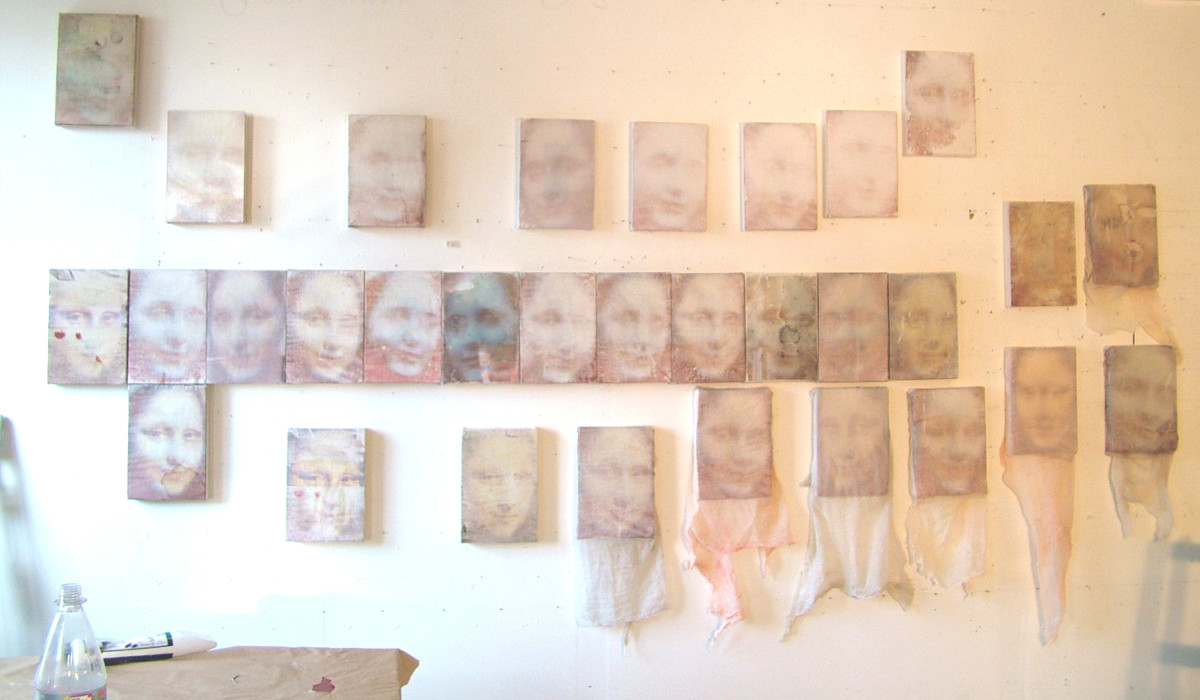 Work process in Atelier in Drammen.